To do in the Dordogne

Chateau les Merles is located in the Dordogne. At the chateau, you can enjoy the swimming pools, tennis court, petanque and ofcourse our golf course. Below you can find ideas of what else you can do in the Dordogne.

Southwest France’s Dordogne region is nestled between the Pyrenees and the Loire Valley. The Périgord, which comes in four colors, was its original name; the Périgord black stands for truffles and the forest. The white Périgord is named after the chalky soil that can be found in the landscapes, the green Périgord is distinguished by its forrests, and the purple Périgord is so named because it has many vineyards.

Chateau les Merles is situated in the purple Périgord, the excellent wines, walnuts, foie gras, truffles, prehistoric cave drawings like those in Lascaux Cave, and the countless chateaux are among its well-known specialties. 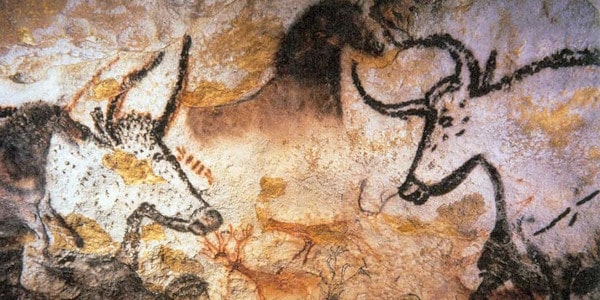 In the west side of the Dordogne department, Bergerac is located on the north bank of the Dordogne River. It is regarded as a Town of Art and History and is one of the biggest towns in the area. Bergerac is only a ten minute drive from hotel Chateau les Merles.

Spend some time exploring the historic center and admiring the intriguing architecture. Explore the charming squares, streets, and boutique-style stores in this area of the city. The church of Saint-Jacques, with its charming bell tower, is located on the higher edge.

It is highly advised to pay a visit to the Maison de Vins de Bergerac in the center of the old town. It includes a stunning old cloister that was built in the 12th century. There is an exhibition documenting the history of Bergerac wines and its 13 appellations.

On Wednesday and Saturday morning there is a big market in Bergerac around the church.

Périgueux has a rich 2000-year history. From the ancient Gallo-Roman city of Vesunna, which is as populated as it is today, to the medieval Renaissance city, the city has 44 listed or classified Historic Monuments.

The Cathedral of Saint Front, a significant historical landmark in Périgueux, dominates the city’s center with its eight centuries of architectural history and is known for its majesty and grandeur. It was restored by the architect Paul ABADIE, who went on to design the Sacré Coeur in Paris. It is now a UNESCO World Heritage Site and a crucial stop on the pilgrimage route to Santiago de Compostela.

In terms of the quantity and aesthetic value of its artwork, the Lascaux cave, which is located in the commune of Montignac-Lascaux, is one of the most significant decorated caves of the Palaeolithic era. It is also referred to as “the Sistine Chapel of cave art.”

Although the paintings and engravings in the cave have not been precisely dated, based on dating and research of the cave’s other artifacts, it is believed that they are between 19,000 and 17,000 years old. 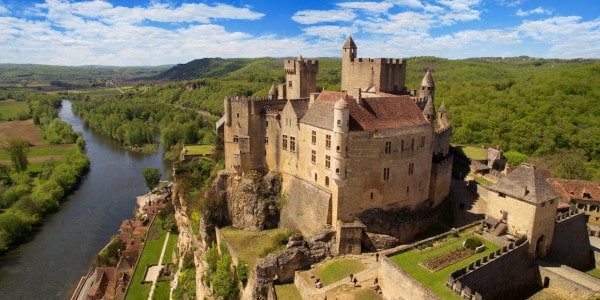 The barons of Beynac constructed the castle in the 12th century to block off the Dordogne valley. The defenses were established on the plateau because any attack from that side would be repulsed by the sheer cliff wall.

French forces controlled the castle at Beynac during the Hundred Years’ War. The Dordogne served as the French-English border. The English held control of the Château de Castelnaud, which was not far away and located on the other side of the river. Many power struggles, rivalries, and clashes between the English and French supporters took place in the Dordogne region.

The panoramic gardens look out over the junction of the Dordogne and Vézère rivers and are situated on the site of the old fortified castle at the top of a village rated as “One of the most beautiful villages in France.” They provide you an exceptional view of the landscapes and roofs of Limeuil, a historic village, thanks to their 360-degree panoramic.

The Gardens of Marqueyssac

The romantic and picturesque Marqueyssac Gardens, which are located around a stone-tiled château from the early 19th Century and are listed as a National Historical Monument, offer more than 6 km of pathways flanked by more than 150 000 hand-pruned boxwoods, as well as viewpoints, rockeries, and stone cabins. The viewpoint, which is perched on a rock ledge, provides one of the most breathtaking panoramic views of the Dordogne valley and its numerous castles.

The world famous  Josephine Baker rented the mansion in 1940 before purchasing it in 1947. 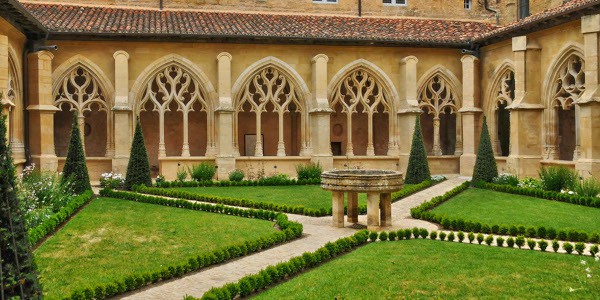 The Cloister of Cadouin

Cadouin Abbey, which was established in 1115 as a stop along St. Jacques de Compostela’s route, is recognized as a UNESCO World Heritage Site. The buildings that are currently open for visits in the southern part of Périgord, between the Dordogne and the Couze, exhibit two distinct styles of architecture: the novel in the church and the flamboyant Gothic in the cloister that was rebuilt at the end of the 15th century.

Come and discover this atypical lush garden which will amaze you by its beauty and its unique exotic atmosphere. In the shade of giant bamboos reaching 20m high and far from any hustle and bustle, dare to give in to reverie in the heart of a poetic and harmonious vegetation. On the walnut shell paths, a whole universe is revealed with each step.
The other grasses will seduce you with their elegant silhouettes and the incredible diversity of shapes and colours of plants from all over the world will leave you with an unforgettable memory of calm and well-being. 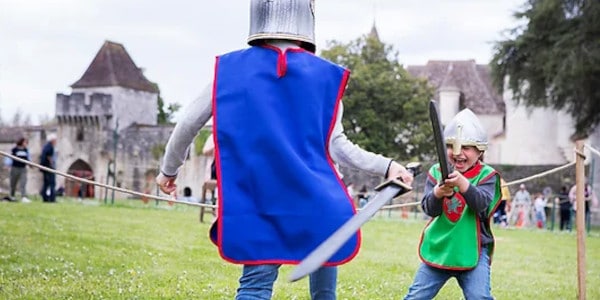 This château, also known as the Castle of Games, is located south of Bergerac. Both indoor and outdoor games from the Middle Ages have been gathered for the entertainment of our visitors. The games are a lot of fun for everyone, young or old!

Recreation areas inside the Chateau, as well as other games in the tents in the courtyard outside and in the Bell Tower are available. The Chateau also has a dedicated archery range and a costume tent where guests can dress up in traditional knight attire.

Departing from the legendary gabarrier port of Bergerac, let yourself be guided on a cruise aboard a traditional boat. According to the season, you may be able to take pictures of kites or nutria herons while learning about the history of the city of Cyrano, the Ile de la Pelouse, the hectic life of the gabarriers, and our nature reserve.

Your tour guide at the Moulin de la Rouzique will go through the history of the location and the processes involved in making paper. Activating the cylinder mold will allow you to create your own sheet of paper and learn this skill.

Discover the watermark museum, which has some items from the medieval era, at the conclusion of your trip. This mill has continued the history of producing paper from hemp, flax, and cotton fibers since the fifteenth century. Couze-et-Saint-Front was home to no less than thirteen paper mills by the end of the 19th century. During the school holidays, there are kid-friendly treasure hunts and paper workshops available. 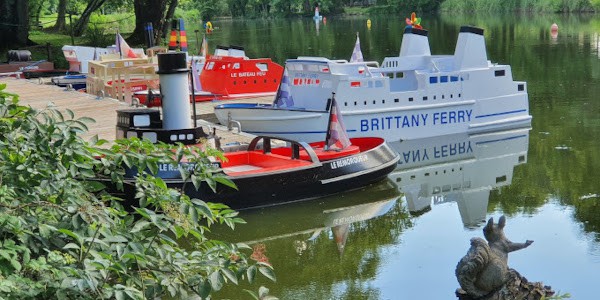 Spend the day in command! Embark on actual electric boats, kids and adults, and learn to sail them (tugboat, trawler, ferry, Mississippi steamer, barges…). Take a trip and pretend to be a sailor “for real.”
The miniature port is a unique type of entertainment in the Dordogne-Périgord and a fantastic option for a fun-filled family day out.
You can find the unusual nautical merry-go-round on the Picquecailloux plain near Bergerac, which is surrounded by greenery.
Become a captain on Campréal Pond.

Canoe and paddle board

The Dordogne by canoe-kayak or paddle board is living the river differently, embellished with cliffs, perched castles and atypical landscapes. There are several places along the Dordogne where you can rent canoes or paddle boards.  The ideal activity on a warm summer day.

A stunningly beautiful region of France, the Dordogne is crisscrossed with hundreds of walks through its woods and valleys. Away from the main routes, even the roads are quiet enough to walk or cycle on all year round in the Dordogne region. 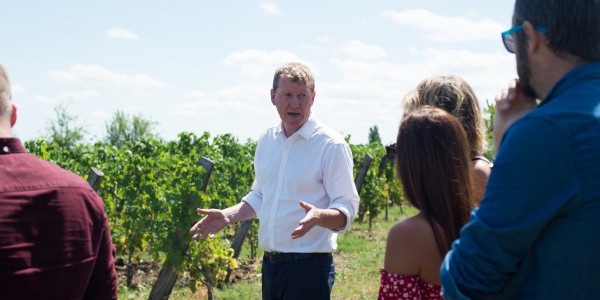 Join them to explore local vineyards where you’ll discover signature wines as well as hidden gems. Learn how the wines are made, meet the wine makers and indulge in some delicious wines.

The Château de Monbazillac estate invites you to explore its new tour route. It is located 10 minutes from Bergerac and overlooks the Dordogne valley. It examines the fine Monbazillac wines as well as the chateau’s history within the Périgord region.

La Grande Maison in Monbazillac is a wine estate located near Bergerac. Our estate is located on a hill overlooking the banks of the Dordogne. In this setting worthy of a postcard we work our vines to offer you exceptional organic wines.

Pécharmant is where they make wines known for their roundness and personality. They make great wines to age. In the summer, you can take advantage of the estate’s exceptional charm by playing petanque, having a picnic and sipping wine, or taking a stroll through the flower garden. The vineyard is accessible during the winter months for wine tasting and exploration. 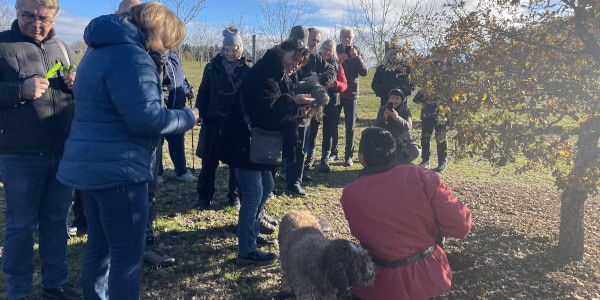 Truffle is one of the produce the Dordogne is well known for. Patricia and Denis revive the “Ferme Biologique de Cor” by cultivating truffles, saffron, walnuts, red fruits and a vegetable garden. Discover the confectionary products such as jams, saffron jelly and other saffron specialities, walnut oil and other walnut specialities, cider vinegar, home-made pastries, vegetables and red fruits.

Visits to the farm and tastings are organised every Tuesday and Thursday at 2pm from June to September. By reservation the rest of the year.

Isabelle and Pierre-Yves Kuster will lead you to one of the most stunning and exacting traditional goose and duck farms in a setting that will delight you, at the entrance to the Périgord Noir and Bergerac, on the hills overlooking the Dordogne river.

They will share with you their love for these animals, which they raise with great care for several months before producing (not without regret) all the wonderful foie gras, rillettes, confits, and other delectable foods . 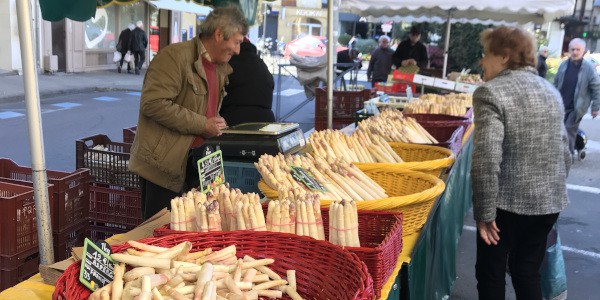 The Périgord Markets are the go-to place for discerning customers looking to purchase regional foods. Our medieval towns come alive every week with markets throughout the year.

Marche truffe st Alvere: 10.00 Monday morning in the truffle season (roughly from early December till the end of February).

For more than 30 years, the truffle market of Sainte-Alvère has become one of the reference markets for the quality and seriousness of the products sold and has made the village famous.

Starting at 8 am, “quality” commissioners who inspect each truffle control the market. The categories of truffles are determined by their aroma, quality, and maturity.

The market opens its doors to the public from 10.00 am, but it often closes only half an hour after it has opened as it is so busy!